Silva Makes the US Team 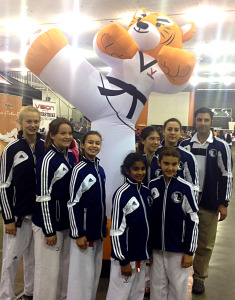 Monticello Academy’s taekwondo students were off to the 2014 US National Championships held July 1-7 held in our own backyard at the San Jose Convention Center in San Jose, CA. The road to Nationals was long and hard for our MA athletes; training 6 days a week in taekwondo classes and competed throughout the season to qualify at State Championships and have to opportunity to participate in Nationals this year.

This year was a great milestone for our Mustangs. Monticello Academy Taekwondo Team Member and 2nd Poom Savannah Silva won first place in the 12-14 year old black belt division at US National Taekwondo Championships by competing against the top athletes from all over the country. As the captain of the taekwondo team, Ms. Silva maintained high grades, volunteered regularly, mentored her lower ranking students, and participated in extra-curricular activities as a member of her high school band. As an athlete, she developed herself physically, mentally, and is a true example of the indomitable spirit the students strive for.

By achieving a gold medal, Ms. Silva is not only a National Champion in her division but she has also been named as a member of the 2015 United States Cadet National Taekwondo Team.

As a US Team Member, she has been asked to participate in the Future Stars Training Camp at the Olympic Training Center in Colorado Springs, CO to train with the US Team Coaches and prepare for the upcoming year. The Training Camp starts Saturday, August 2 and ends Saturday, August 9. There she will be introduced to the latest techniques and strategies, high-level aspects of training, athlete nutrition, sports psychology, and much more as she embarks on this new chapter on her journey as she strives to become a world champion.

Congratulations to our the Taekwondo Team and their success!

Schueler prepares for her match. 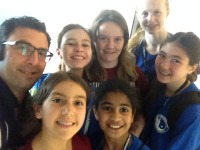 Team at the 2014 US National Championships at the San Jose Convention Center. 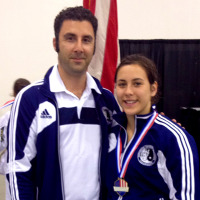 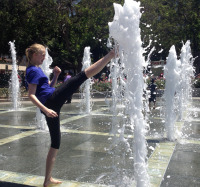 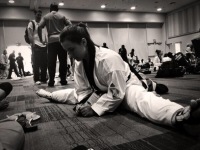 Silva prepares for her match.